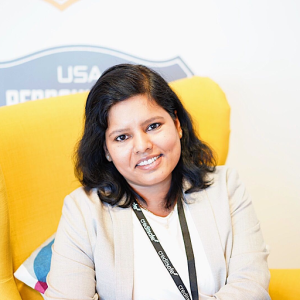 The World is shrinking and at the same time, individuals and businesses are faced with increasing need for verification and validation (and need for confirmation.)

Credit reports have emerged as a means by which individuals and companies can certify their credibility, their capability to repay loans and show sound financial background to any business or organisation.

Investopedia define, a credit report as a detailed breakdown of an individual’s credit history prepared by a reputable credit bureau. Historically, credit reports have existed since the 1900s when traders started to expand their horizons by risking to loan or lend money and goods beyond their circle of familiarity. This would be to strangers whose identity and credibility they would have no way of certifying, simply due to lack of familiarity.

Credit reports emerged as a means to eliminate the free-rider problem as the social science gurus would call it. (The free-rider problem is a type of market failure that occurs when those who benefit from resources, public goods, or services of a communal nature do not pay for them.)

The credit reports also help organisations and individuals to widen their trust circles beyond those known to them, thereby widening the trade circle and helping to lower risk involved in trading widely. This is when the need for credit reports to be gathered and published from reliable sources arose.

The “Mercantile Agencies”, as they were known at the time, were specialist agencies, that gathered the financial strength of businesses in highly developed economies, trade payment data for example.  The first such agency, was founded in the US in 1841 to reduce credit losses.

As the World progressed from the era of great depression in 1930s and the subprime lending crisis leading to a recession in 2008, the role that credit reports play became increasingly valuable.

The use of credit reports is now widespread and not just limited to lenders… An organisation’s credit report could for example be used for mergers or acquisition related analysis in addition to validation before having trade relations.

China is seen to be taking a different approach, with the introduction of social credit worthiness which is currently in experimental mode and will be official by 2020. Going by the ideology of “keeping trust is glorious and breaking trust is disgraceful” the country plans to reward/penalise citizens. If news reports are to be believed, as many as 9 million people have banned from booking flights for maintaining poor social scores;  some were denied first or business class in  process  and there have also been incidents of children being refused admission to prestigious schools because their parents failed to be classified as having a “good job.” The reasons for lowering the social score is not open for public knowledge but it could be anything like breaking laws by rash driving, being quarrelsome in public places, refusing military services or as trivial as smoking in non-designated areas.

While a certain level of governance could be warranted to eliminate competition and let the fittest survive, a mass surveillance as the social credit system might dangerously curb the true emotions and sentiments leading to restraint of the true nature of a person. People might start faking their intent and behaviour towards one another leading to a real world filled with virtual (false) people, not that far removed from the scary episode of Netflix’s serial, “Black mirror”.

On the other hand such systems do encourage citizens to be responsible, empathetic and better organised in general. Perhaps the world will have to wait and watch.